INTERVIEW WITH THE CAST OF PAA

Unless you have been living under a rock, lazima you know about the latest, hottest teen show in town, PAA - Born to fly!

On the show tunafuata three girls, Lydia, Talia and Neema as they deal with all sorts of drama as they learn how to be true to themselves. Their friends and family are also part of all the action as the girls figure out school, boys, friends and much more.

We were so lucky to get some time with some of the incredible actors who are bringing these characters to life and pick their minds about their characters, what making the show was like na kama wako ready ku-fly!

Imagine, it never really hit me that acting was my thing ati saaaana until juzi tu. I got into it as a joke, cause I was fresh out of high-school and I needed a hustle. But it didn’t surprise my friends or my fam cause of how much of a character I was growing up 😂😂😂. I used to imitate celebrities who have funny accents, or different cartoons that I used to watch… it was a whole thing!

Weirdly, our stories ziko similar. Lydia’s comes from a humble background into this whole new world that she had only but dreamt of. I’m from a middle class family and my parents provided for me lakini my high school was “posh”. So definitely nilikuwa na culture shock kama Lydia.

I learnt that there’s only one you and that is super power girl! So jifunze kuwa content and comfortable in who YOU ARE! Cause otherwise utajipata ukimake choices that are not gonna help you live your best life. 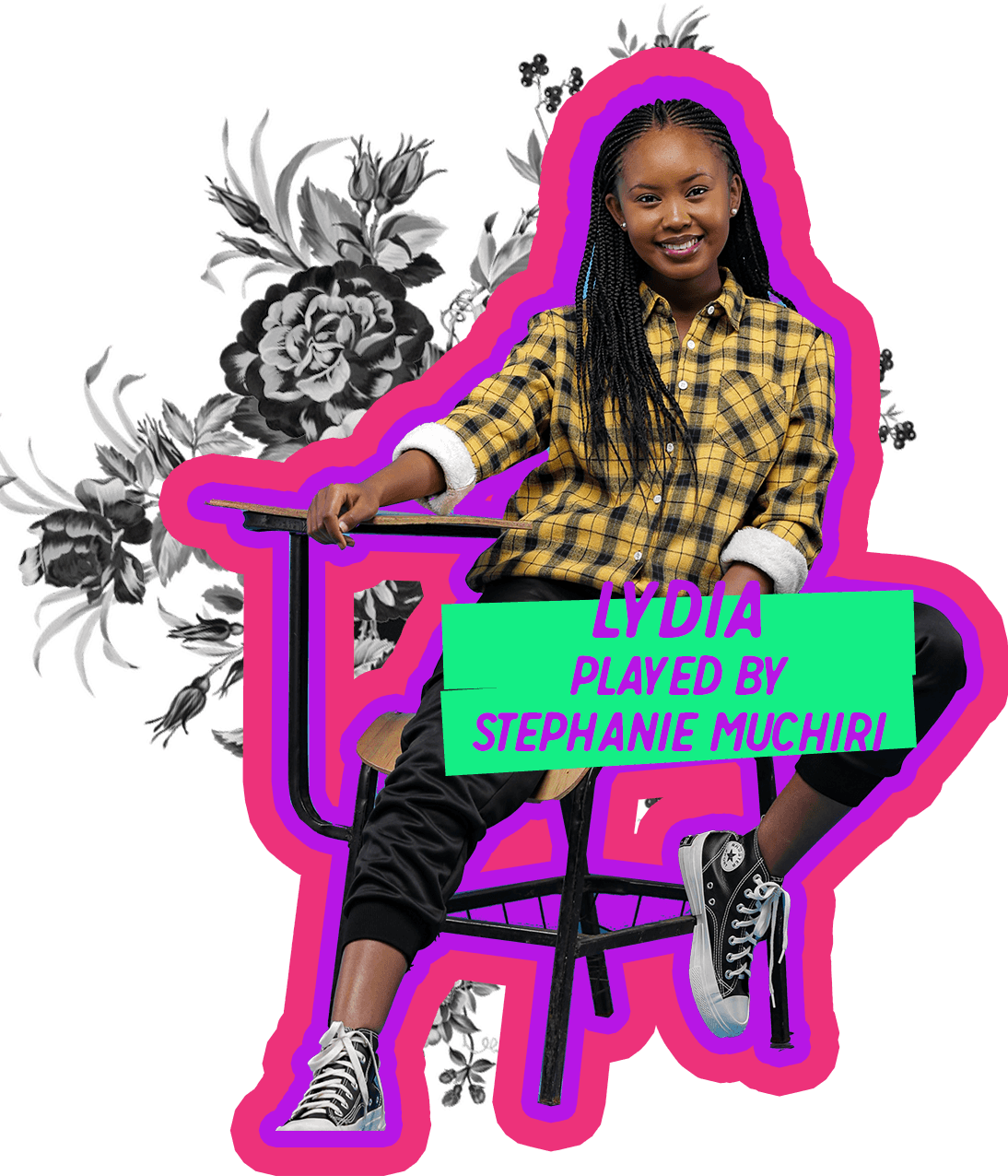 Aki i love vile Neema is grounded in the things she believes in. She's passionate and ambitious with what and who she loves. She understands she's not perfect and gives herself a chance to grow and learn from the mistakes.It's beautiful!

It started when I was 7 😂 I would do poetry and church plays and I can't explain it but I always knew in my heart that it was what made me happy and definitely wanted to explore it.

Babe, if acting makes you happy chase it. Never be scared to express yourself ati cause hauko perfect yet. You can always find ways to better your craft. 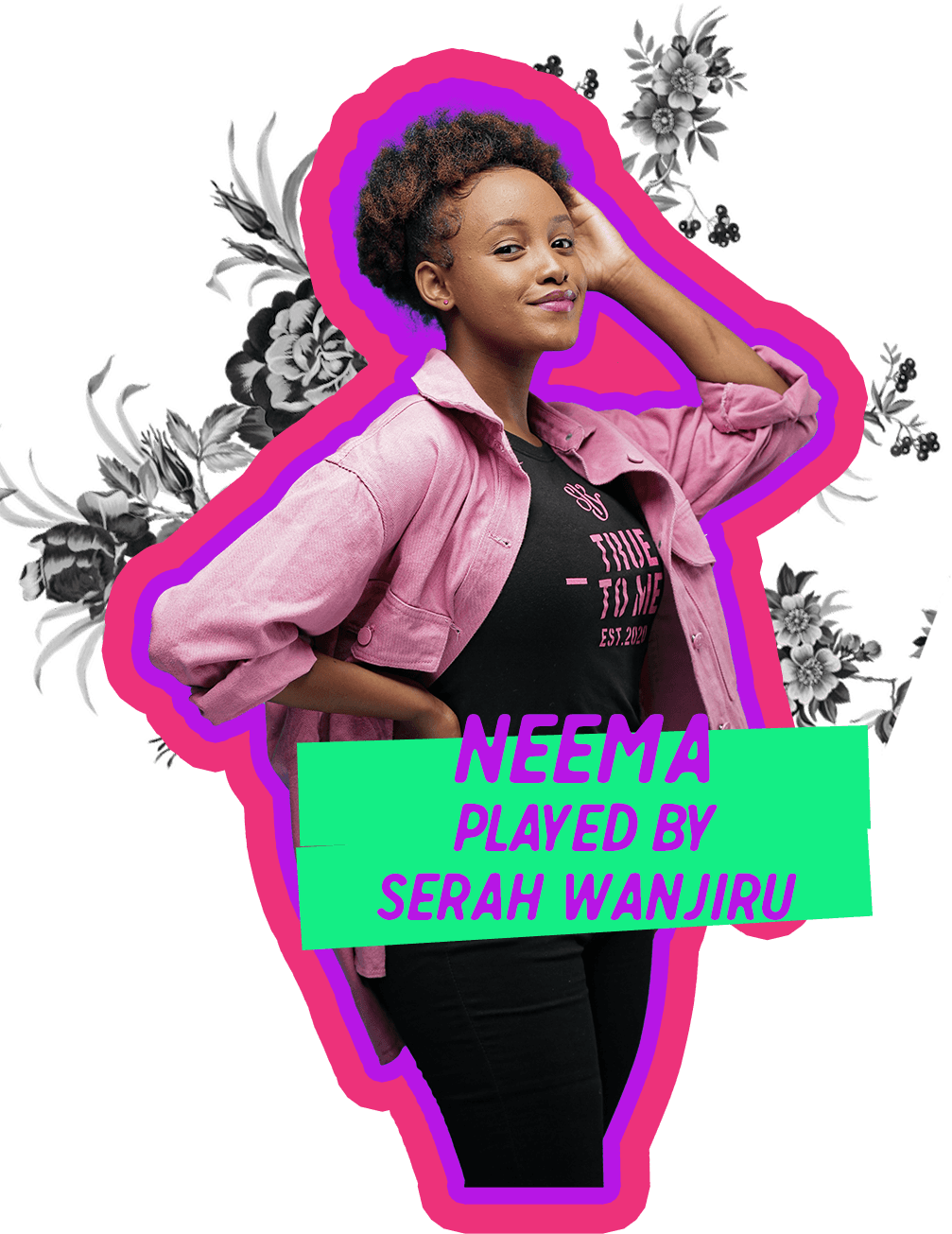 Imagine me I really feel for Talia because she’s super cool lakini she is going through the most. So kama ni advice I’d tell her to lean on the good people in her life cause wako, even if she feels alone.

Definitely! Whew! Na they are not fun in the moment😭. Lakini I started thinking of them as “blessons” (blessings + lessons) and it has helped me learn so much!

I think most of us experience pressure at some point in our lives but the specific things she is pressured for si-relate hivyo. For example she is pressured to smoke shisha lakini I really don’t know anyone who smokes shisha🥴. 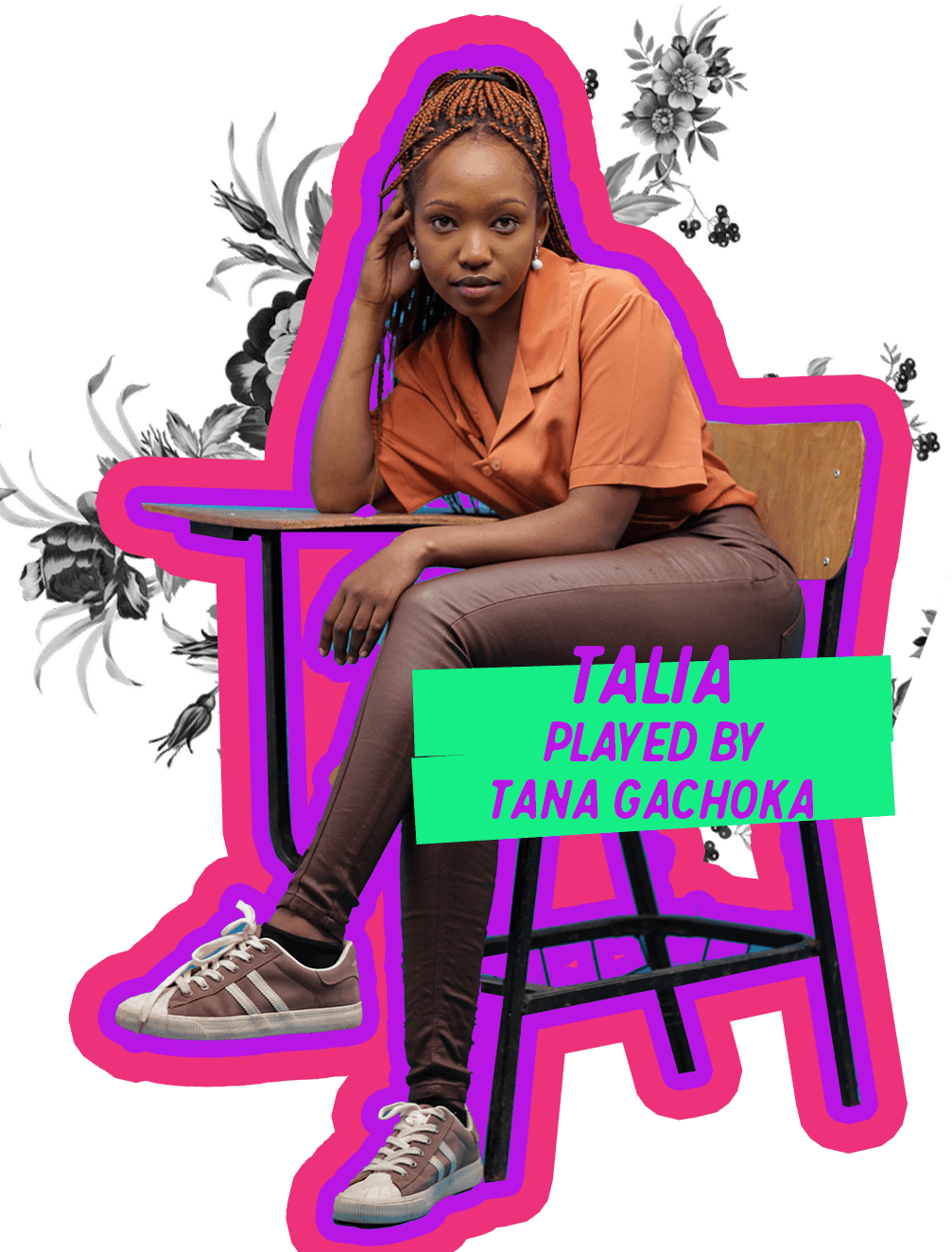 Marto (Played by Sanchez Ombasa): It was definitely me! Reigning champion of jokes over here!

Ciku (Played by Suzan Njuguna): Yeah, Sanchez who plays Marto did it for me 😂

Talia (Played by Tana Gachoka): 😂😂😂 For me naona kama the whole cast has a really great sense of humor!

Brian (Played by Brian Furaha): Definitely Sanchez who plays Marto, no question about that.

Ciku (Played by Suzan Njuguna): At some point I kinda feel I was ..mostly because of my laugh😂

Kendi (Played by Mercy Malika): To me my future looks very bright because I am willing to do so much more than I have done so far. My aspiration now is to become the youngest teenage Kenyan actress known all over the world

Neema (Played by Serah Wanjiru): How my future looks like? Hmmn… My future is full of happiness and freedom. From financial freedom, security and peace to just enjoy living life as a whole.